AUTHOR’S NOTE: This 2009 blog post seems to still drive a decent amount of traffic. It’s… not the most well-written thing ever, and certainly could use a little more modern of an attitude-adjustment, but I assure you there’s good intentions behind the frustration here! I should really just re-write it from scratch. Anyway, it’s not mine, but you may wish to also check out f-r-e-e-z-a.com.

Anyone who has followed my wacky adventures online for any amount of time knows how much I squirm at FUNimation’s spelling of the name of this character:

I once wrote up a somewhat-detailed explanation on how to romanize the character’s name that I inserted into Wikipedia articles, which were then deleted and re-added to some pretty terrible DB Wikia articles, getting re-written and distorted along the way. If you read any of those sites, perhaps this explanation may sound familiar.

Like his brother and father, Freeza’s name is a pun on all things relating to the cold. As both Freeza’s and Coola’s names end in a short “a” vowel (rather than the long â/aa which usually signifies “er” in kana spellings of English words), Freeza’s name is typically spelled with an “a” at the end (as opposed to “Freezer”). Logic would of course follow that his brother’s name should in turn be spelled in a similar fashion as “Coola” (rather than “Cooler”). FUNimation chooses to spell the names as “Cooler” and “Frieza”, removing the consistency between the names and their final vowels.

The actual English word “freezer” would be written out in katakana as フリーザー / furîzâ, so it would stand to reason that we should spell the DragonBall character’s name as “Freeza” instead of “Freezer” (note that in Japanese, the Pokemon we know as Articuno is actually フリーザー…!). There are other, similar examples in the series. イレーザ / irêza is typically adapted as “Eresa” instead of “Eraser”, while the ミスター in ミスター ・サタン / misutâ satan should pretty clearly be adapted as “Mister” rather than “Mista”.

This all ignores the elongated î/ii sound in the middle of the name, which is dandy and all, except that it ignores the point of this post. That’s fine. With knowledge in hand (and knowledge is, of course, power), here is a breakdown of why “Frieza” irritates me so:

(1) Lack of consistency
As noted, if you are going to end one character’s name with “a”, it should follow that the other character’s name should end in the same way. Instead, FUNimation provides a name spelling of “Cooler”.

(2) Lack of common sense
Leading up to the written-form appearance of the character’s name in the TV version of the series’ title cards (original, edited, dubbed episode 34: “The Ruthless Frieza”), every single instance of the name written in our alphabet used the commonly-accepted “Freeza” spelling. If you turn on the closed captioning for TV broadcast recordings of episodes before (and even sometimes after!) #34 from 1997, during any case in which a character speaks “Freeza” by name aloud, it is written with the double-“ee” spelling… clearly indicating that there was no style guide provided to the closed captioning transcribers, and that they obviously thought it was the “correct” spelling. 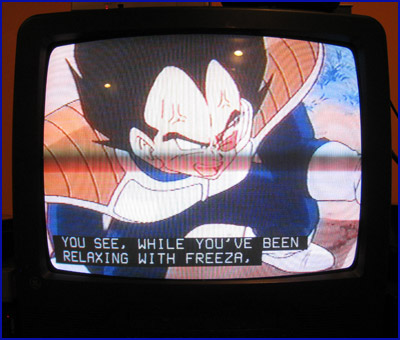 In the closed captioning for season two, it was almost always written as “Freeza” 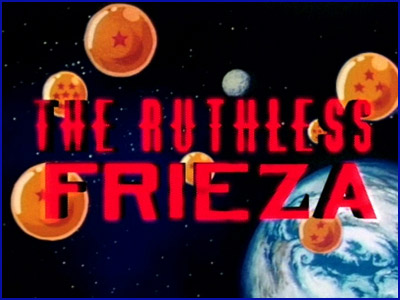 Furthermore, Bandai actually released versions of the “Super Battle Collection” figures in 1997 in North America, which was the very first run of licensed (through FUNimation!), domestic figures. Which name spelling appeared on the box? 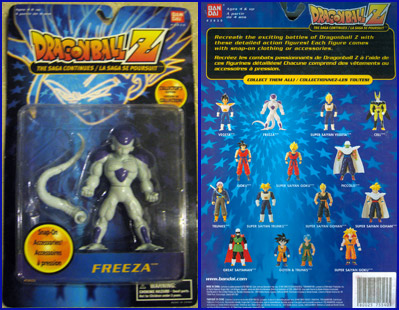 (3) Lack of fans’ ability to even spell the misspelling properly
Freiza. Frezia. Frizea. (Insert Maximum the Hormone joke here.) Even the dub fans have no clue how to spell it.

(4) Lack of pronunciation guide
How exactly do you speak aloud “Frieza”…? You may think it’s simple, but take a listen when you view GameTrailers’ video review of Raging Blast. “Saiyan” is pronounced as it should be (which is to say, not as FUNimation pronounces it), and “Frieza” comes out as something like “Fray-za”.

(5) Lack of other English-language production support
In the subtitle track corresponding to the Japanese audio on all FUNimation releases, the character’s name is spelled as “Freeza”. Thankfully, Viz was releasing the manga at a time when FUNimation consistency or alignment was laughable, and so the standard “Freeza” spelling also made its appearance. 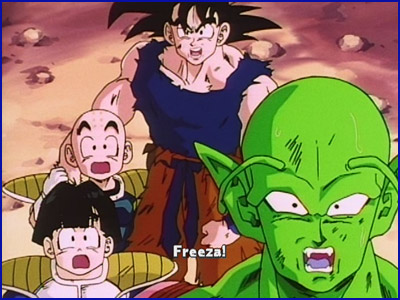 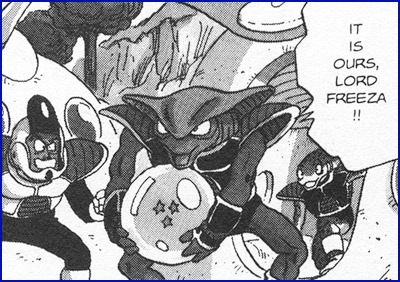 (6) Lack of any Japanese precedent
It goes without saying that no Japanese product had ever spelled the name with an “i” leading up to FUNimation’s release. When written with our alphabet, the spelling of “Freeza” was always and consistently used. 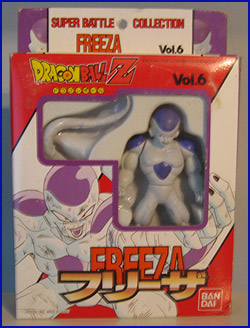 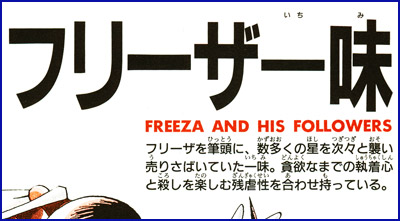 (7) Infestation of later Japanese products
It was painful to see websites for then-upcoming Japanese games, and even the final releases of games such as Battle Stadium D.O.N. and Jump Ultimate Stars, using the “i”-spelling. Since it was not consistently used before and even after, it appeared to be cases of the Japanese developers referencing official English products and not realizing the lack of accuracy. 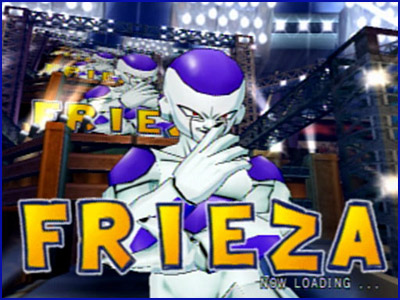 You may try to make the argument that since a direct romanization of the name would be furîza, which does use an “i” due to using our alphabet, that there should not be any problem with using an “i” in an English adaptation/spelling of the name. Unfortunately for those making that argument, your logic is horribly flawed. A romanization is not necessarily the same as a name adaptation. We may spell “Kuririn” as such, but that is because the romanization aspects of it work perfectly fine in conjunction with the intended name pun (kuri meaning “chestnut”, a play on his head and shape). We spell the name as “Cell” because seru simply does not make any sense when trying to adapt the name into our alphabet, especially considering that the pun is based around the fact that he uses cells from other characters.

“Kuriza” is an interesting example. At Daizenshuu EX, we have decided upon a spelling with an “i” it in (rather than “Kreeza”), but this has nothing to do with FUNimation’s name spelling, and everything to do with preserving the same type of kuri pun as used in “Kuririn”. Toriyama abandoned the “cold” pun scheme for the character, and therefore we did the same with our spelling adaptation. 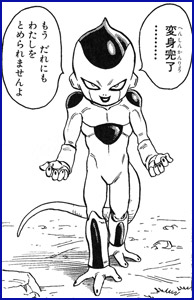 “Frieza” seems like a completely arbitrary spelling change, contrary to all common sense, for completely inexplicable reasons. Did someone think it made the name look cooler (pun completely intended)? I simply cannot think of a single reason why it could or would be changed.

At the end of the day, this is nothing more than endless whining by another purist, and if you read this far you will fall into one of two camps: (1) you loathe me more than you already did, or (2) you’re shaking your head in recognition that I am just preaching to the choir. I realize this. I truly do. I will change nothing. “Frieza” will always haunt me, just as horribly as misappropriated apostrophes in non-possessive words do on a daily basis. At least now I can endlessly annoy someone with a link to a single resource when they ask me why the spelling bothers me so.

This past Thanksgiving break, as was expected, I dropped a bit of minor cash on all the great sales digital distribution providers were offering. Between some indie pack sales on Steam and some discounts on … [continue reading]

This is a subject I am heavily conflicted on. Ever since the dawn of Daizenshuu EX (and VegettoEX’s Home Page and Ultimate DBZ Links Page before them), I have done anything and everything in my … [continue reading]