Wild, right? After twelve years with nada, somehow I have two new ones?!

Working through “Flashback” — a video I ended up not being terribly happy with in the end — certainly got the juices flowing again. As I noted in the write-up on that video, I actually completely forgot about the possibility of using Dragon Ball Heroes footage. I kept that in mind for any potential upcoming videos… and it sure came in handy!

I considered what footage I already had ripped and available to me from “Flashback,” and I noticed a lot of it coincidentally had Bardock in it: there was the original 1990 TV special I used in the intro, there was Episode of Bardock, and there was also Dragon Ball Super: Broly.

Hmm. I don’t even particularly care for Bardock that much, but he seems to have somehow infiltrated my personal fandom. I even have a setup dedicated to just Bardock figures from when I started buying “Masked Saiyan” figures as a “joke” (turns out it wasn’t really a “joke”).

What if I made a Bardock video…?!

With the existing sources already set to go, I considered what else I could use.

Heroes was a definite must, so I went through all of what Bandai Namco had available on their YouTube channel and picked out all the mission openings with Bardock footage. It ended up being juuuuust barely enough! 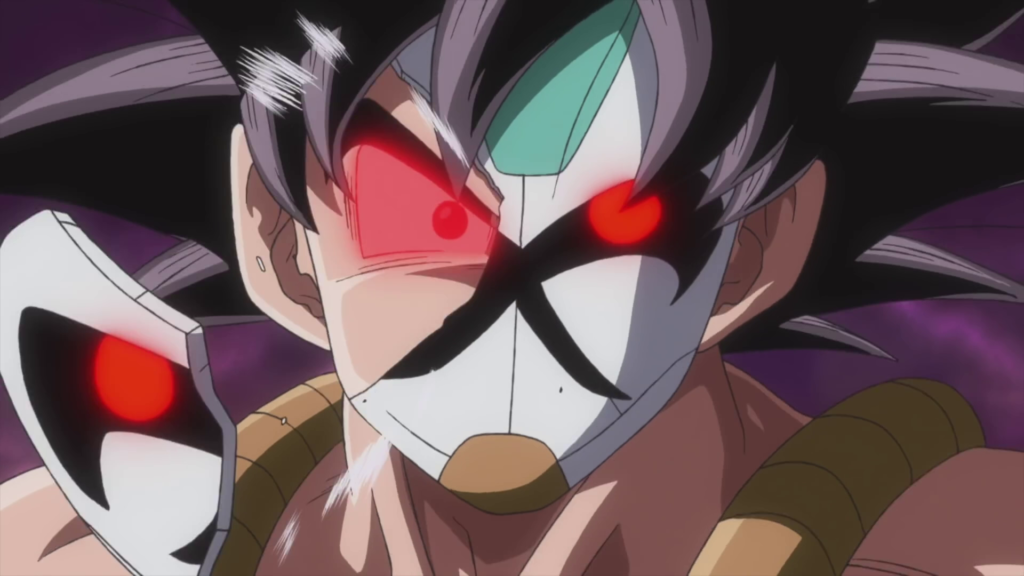 I wanted to get creative here with footage, and Xenoverse popped into my head as a possibility: it has even more “Masked Saiyan” footage, and one of the most recent DLC packs added a new scenario with Fu and Trunks interrupting Bardock’s confrontation with Freeza (it even has an alternate version where Bardock becomes Super Saiyan, but I didn’t end up using it). Happy to say that I actually captured all of the game footage myself, so it looks super-crisp and doesn’t have any weirdo YouTube watermarks. 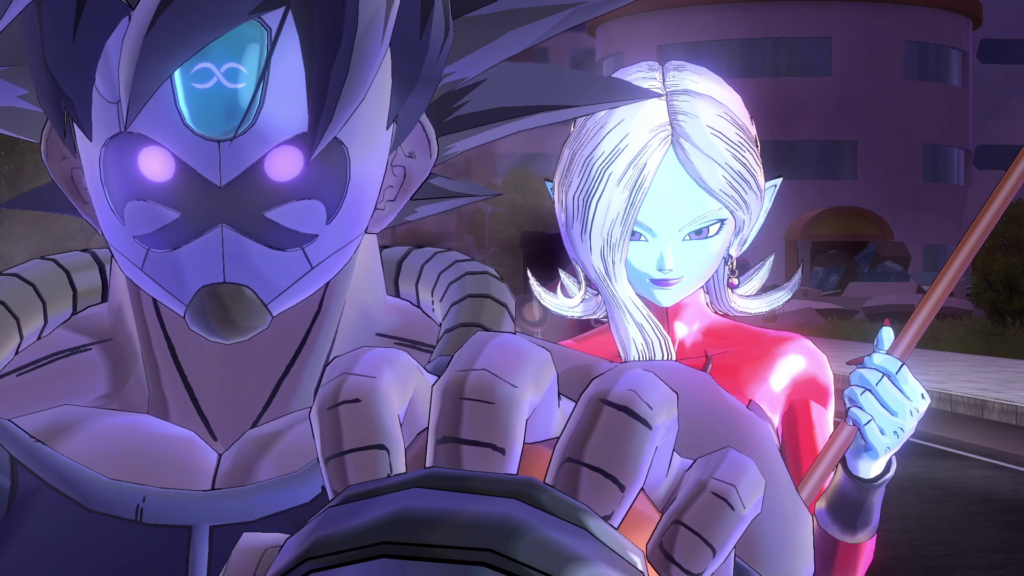 The last “footage” option was going to be a tough one: the Dragon Ball Super manga. There was just so much stuff in the Granolla arc, and it only exists in manga format (for now? I guess time will tell?), but I wanted to make it work. The tough part was that Volume 19 with some of the most important Bardock material wasn’t out in Japan until close to my self-imposed deadline (submitting to AWA Pro/Accolades). Thankfully it worked out just in time. The closing shot from the scouter is actually sourced from Viz’s digital release, but since there’s no text on it at all, it worked fine.

I wanted something short and extremely punchy to do quick edits to, and preferably instrumental. I listened to a few things on shuffle, but nothing jumped out at me. I remembered that we used to use instrumental tracks from some of our favorite bands for menus on our old AMV DVDs that we would hand out at conventions, so I flipped through some of those songs. Right away, the first interlude track from Rufio’s 2005 album The Comfort of Home grabbed me. That was it! About a minute long, repetitive so I could match the edits in each section, and it fit the exact mood I was looking for!

Initially I was thinking I wanted to do some sort of static-esque VHS effect throughout the entire video. Once I got editing I realized that would be overkill, but I still wanted to do something with that effect in the video, so I wound up using it in the very introduction (which, incidentally, was the last thing I edited!), and then one last time on the fade out at the end of the video.

Other than that, the song really dictated the editing style. Overall I’m super jazzed with how it came out. It’s incredibly simple, but I think the flow and movement is fantastic throughout.

For the manga section toward the end, obviously I would have to create my own “movement” to the “footage”, and I didn’t want it to get too cluttered… but there’s still so much to try and cram in, especially when it doesn’t move on its own! I ended up going with a base layer of “flashback” scenes (the ones all placed on the dark border pages) which I blurred and slowly scrolled behind everything else. 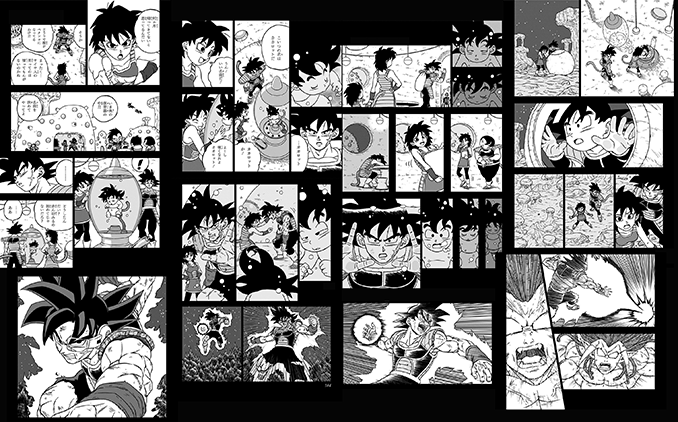 On top of that, I cropped out exact manga panels and slowly brought them in and out to the appropriate timing. It’s still a little bit of a mess, but I’m ultimately happy enough with it. 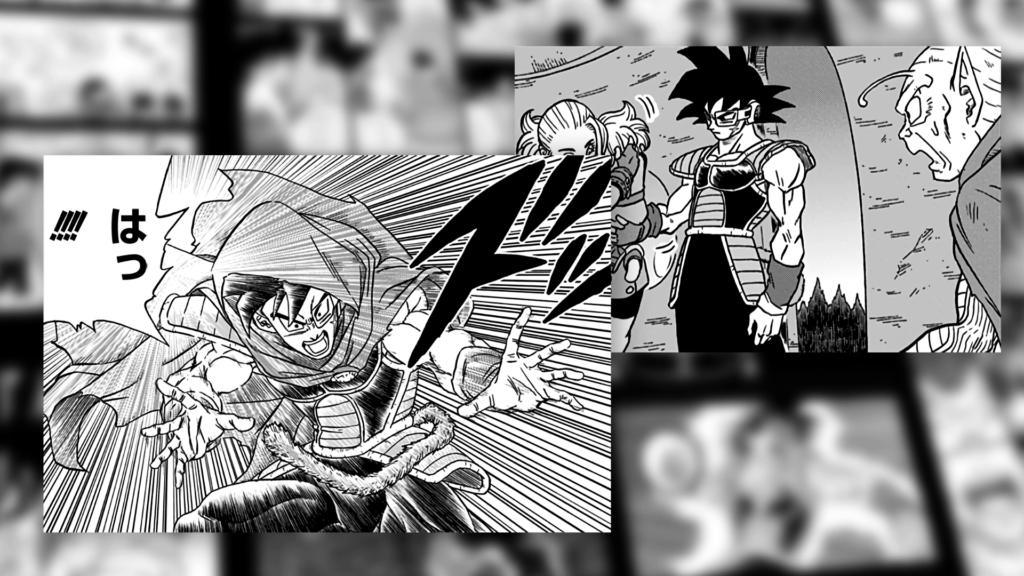 (And I’ve kept the project file to potentially swap in color versions of those panels when the Japanese digital colorized version eventually gets that far!)

It felt weird to not include the actual Akira Toriyama manga panel with Bardock, as well as anything from Jaco the Galactic Patrolman itself that kick-started the “new” Bardock… but the introduction turned out to be the perfect place for these! There’s Toriyama Bardock, New Toriyama Bardock, Ooishi Bardock, and Nagayama Bardock all lined up! Love it. 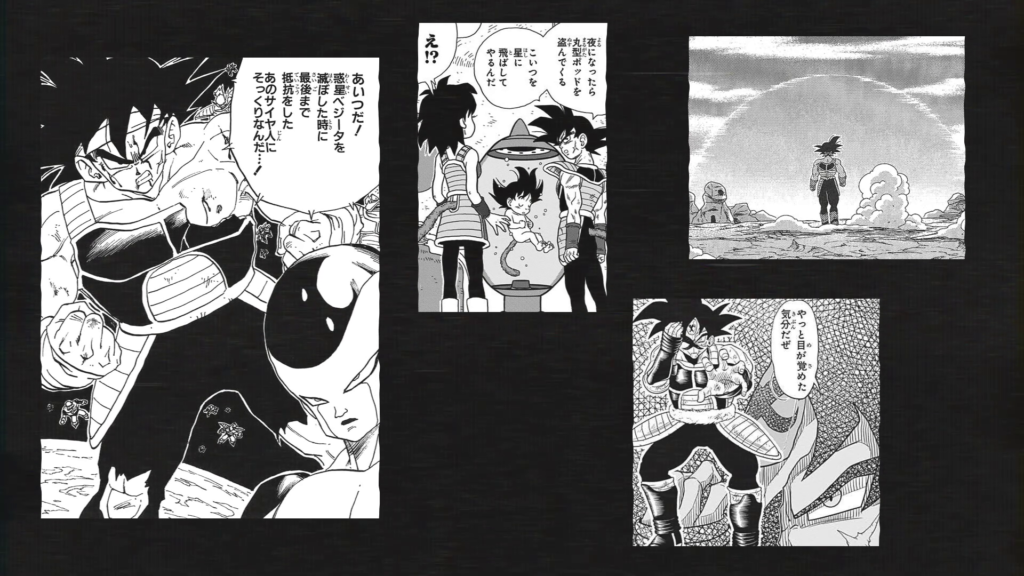 Yes, “The History of Bardock” is a riff on the Trunks TV special FUNimation title (by way of Meri’s site — does anyone realize that?!) and also the tidbit on Kanzenshuu.

I actually wasn’t sure if I wanted to call it “The History of Bardock” or “Bardock Retsuden” or “oops all bardocks”, so I (kinda sorta) went with two of the three.

Another little experiment video! I’m much happier with the final product here than I am with “Flashback”. I don’t love forcing footage onto a song; that’s backwards from every other video I’ve ever made, but I do think it worked better here than with my previous attempt. This is definitely one that I made just for myself — I have no expectations of this being even remotely popular, and I’m good with that!

I think I have one more miscellaneous Dragon Ball video to make just for myself… and after that, we’ll see if I want to do anything “more”…