It was Christmas 1998. I was a junior in high school. While I had a semi-part-time job, I was not raking in much of my own cash and could not purchase every single game I wanted. That’s OK, though. Ocarina of Time would have only been out for a month, so I could wait until Christmas for it. 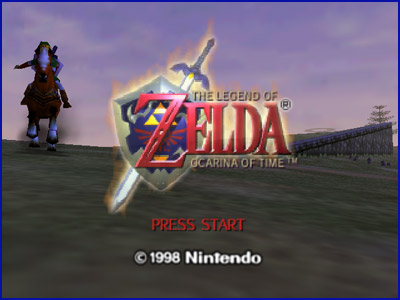 And there it was, ready to be unwrapped under that glorious tree on Christmas Day in 1998. Not only that, but it was the golden cartridge version, a limited-edition version that could only have been obtained with a pre-order, and a toss-back to ye’ olden NES days of golden Legend of Zelda and Adventure of Link cartridges.

I later heard the hilarious tale from my mother. She fought through a crowd of people at Toys ‘R Us to get up to the front. Somehow she learned or overheard that there was a golden-cartridge version, which is the version she asked for at the desk. The person behind the desk asked her if she pre-ordered. She said she did. My mother lied; she had done no such thing. The goal was clear, and she would accept no other outcome. She walked out of the store that day with the limited-edition golden cartridge version. 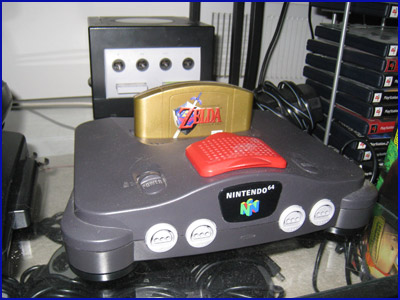 We are greedy and clueless as children, and have no understanding of the nonsense our parents go through. I can reflect on that now and try to put myself in her place. I wonder if and when I have children if I will ever fight a crowd of equally-annoying parents for the golden-boxed virtual reality car flying simulation kit as a gift. Knowing me, I’ll make up a wonderful story about how the clerk put my pre-order under someone else’s name, and I will be victorious.

The real shame here is that Ocarina of Time never truly captivated me. In fact, I was completely lost as to what to do for a couple hours after first starting it. To this day, I have never made it past the Water Temple. I have made many valiant efforts over the years, but I simply get bored earlier and earlier in the game each time. I appreciate the game for what it is,  love many of its elements to death, and certainly hold it in the highest regard and with fond memories. Thankfully I found a wife who prefers and has essentially mastered all of the 3D Zelda games, so her 3D Triforce of Power matches up well with my 2D Triforce of Widsom.

I guess we’ll need a kid one day with their Virtual Reality Triforce of Courage.

I decided to start up a new category of postings over here on WTF EX. It makes sense to review things on blogs, so that is exactly what I will do! I can’t promise just … [continue reading]

The first two Zelda games on NES were natural Virtual Console purchases for me. I play through the first game, usually over the course of one or two days, every couple years (on the NES … [continue reading]