I almost feel like it is not even worth bringing this up. I mean, honestly… the FUNimation cropping fiasco of 2007 is three years old. Not only is it old, but it is irrelevant with the release of domestic Dragon Box sets.

This just makes me smirk a little too much, though. When Mike smirks, it usually manifests itself as a blog post. And you all have to suffer.

In case you have been living under a DBZ fandom rock for the last half-decade, there was a lovely bit of controversy in 2007 when FUNimation released a so-called “remastered” version of the DragonBall Z TV series on DVD in North America. Among things like lies about the remastering process, the whole thing was brought into a new 16:9 aspect ratio presentation by cropping 20% of the footage (the top and bottom of the screen) to fit it into that viewing window. 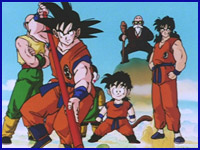 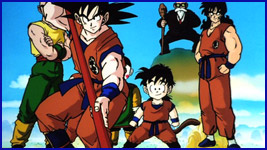 Daizenshuu EX is (obviously) at the forefront of the English-speaking fandom in a variety of ways. We have been following the series as a website since 1998, which includes all of the North American releases. We have a wealth of knowledge and experience with the franchise as both an original Japanese entity and a domestic “reversioning”. We took a stand against the cropping. Many of the casual fans could not understand why it was an issue for us… and understandably so. If you simply wanted to watch the show, the cheap orange bricks were a wonderful way to legally to do so (something we agreed with from the get-go). These types of fans (of which there are plenty) met the opposition with well-written, researched, and thorough arguments on how we were all just a bunch of fags, should shut up, and just be thankful we ever got the show in the first place. Why do we care so much? These fans do not even notice the cropping, and would prefer that the picture fill up their awesome, widescreen HDTV.

(Wondering why Daizenshuu EX would care about the aspect ratio of DBZ would be like wondering why the health care industry has an interest in American health care reform. We bitch because we love.)

Two years later, DragonBall Kai began airing on Japanese TV, also cropped into a 16:9 aspect ratio (though it was actually being produced in a full 4:3 which was later presented as-is on the Blu-ray release). Some of the scenes were adjusted for more carefully-presented cropping (sliding them up or down a little bit to adjust for a center of focus), but overall, it was a similar process to the FUNimation release from two years prior.

Episode 43 of DragonBall Kai aired on 06 February 2010 in Japan. Almost immediately, there was a bout of fan outcry… on several different forums… on how ridiculous it was that Toei could be so sloppy as to not finish drawing Goku’s arm: 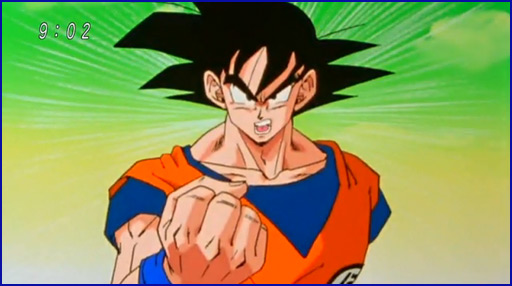 There were actually two camps, to be fair. While there were definitely (1) those that placed the blame on Toei’s art department (assuming it was a completely re-drawn scene that was never completed), there were also (2) others who were quick to place the blame on Toei’s cropping department — these folks knew the whole story (keep reading), and knew that it was an awkward and inadvertent cropping.

Sure enough, if you look at a different encode and frame of the episode as captured from Japanese television, you get a little more insight: 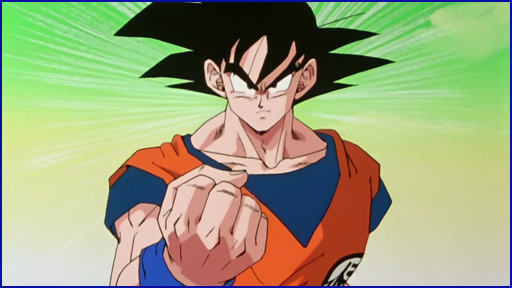 The slightest bit of Goku’s arm is visible at the bottom of the frame. Checking back on the original animation from the actual DragonBall Z TV series, we get the whole story: 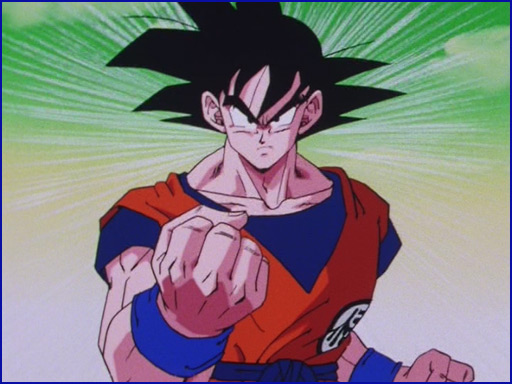 What this says to me is that even without some prominent website that has a ridiculous interest in the presentation of the series pointing it out to them… certain fans still noticed a problem with the cropping. Not only that, but they brought their complaints and ridicule online to share with their peers.

The hypocrisy is a bit silly. Why was it unjustified to bring FUNimation to Elitist Weeaboo Fanboy Court™ over their cropping of the series, but it was totally fine to go after Toei for the exact same thing? Was it just an extension of the complacent American fan culture that has no problem with their domestic releases, but Japanese stuff is OK and funny to laugh at? Lolz Goku sounds like a girlie and his arm is missing?

Sure, it was totally just this one minor scene during one episode of Kai that gave us some laughs online. It was nothing compared to the FUNimation fiasco in terms of prevalence and significance. On some tiny level, though, it made me feel something resembling justification for my complaints against the domestic cropping.

People do notice this kind of stuff, even when it is not specifically pointed out to them. That’s all there is to it.

Oh, and just for the Hell of it, here’s how it looked on FUNimation’s faux-“remastered” orange brick numero tres. It looks nearly identical to the recent shot from Kai. Did anyone complain about it back in 2007…? 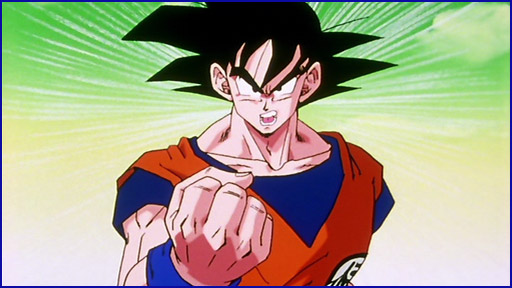 Thanks to Hujio and Kaboom for a bit of screen shot assistance!

What Makes A Good Blog Entry?

I ask this question both of myself (to try and answer in an actual blog post… how fascinating!), and also of you all, dear readers. What does make a blog entry “good”…? One thing to … [continue reading]

Don’t you hate it when you think you’re so darn clever and hilarious that you just have to share it? And it’s not actually that funny to anyone but yourself? This is one of those … [continue reading]