I’ve spoken on the podcast and blog before about the Sega Channel. When I was in middle school living up Maine, our local cable provider offered the service… which I jumped all over. Long before PSN and Xbox Live, long before great collections of demos packed in with gaming magazines, and long before emulators let you get your ten-second-jollies out of old games, a little piece of hardware that you plugged into your system and let you play around 40 different games a month was futuristically-amazingly-awesome.

One of my most vivid memories of the service (beyond playing Shining Force II all the time) was a special promotion and contest run for the home port of Primal Rage. For those who don’t remember, Primal Rage was basically Mortal Kombat with prehistoric beasts. Most were dinosaurs, but there were also some giant palette-swap monkeys. You could even perform fatalities! The gameplay mechanics were what really set the game apart… in theory, anyway. While it mostly played the same as any other digitized fighter of the time, the special moves were performed by holding down certain action buttons, then performing a twist of the joystick, and then letting go of the buttons. 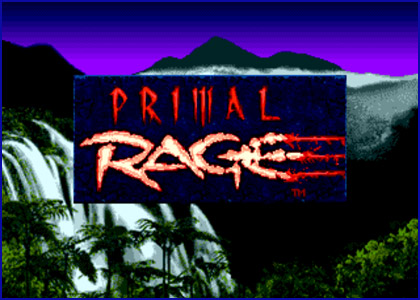 To promote this upcoming port of the game, the Sega Channel hosted a month-long demo in August 1995 that culminated with a 24-hour window with the full game (which coincided with its physical home release), and then a contest (open to all subscribers) to see who could beat the game the fastest. From what I remember, the first 100 to beat the game and call the secret 1-800-number that appeared at the end would win a special prize.

The demo that was open from the 1st of the month to the 24th had three of the seven total characters available for use: Sauron, Armadon, and Blizzard. Being a Sub-Zero player over on the Mortal Kombat side of things, I naturally went with and practiced the Hell out of Blizzard. 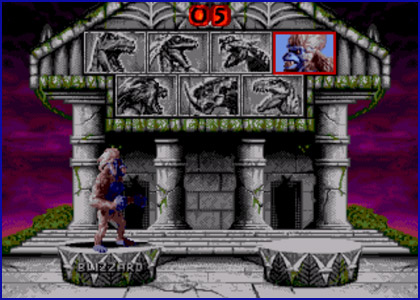 I made the right choice. When the contest version came around, despite the demo having three characters (and also having played the full version with all seven characters for a day), only Sauron and Blizzard were available for use, which you didn’t even know until you hit the character-select screen.

My gameplan was to, obviously, beat the game as fast as I could, in cheap a way as I could, and win that darn prize! Part of my strategy was that I would not use any fatalities; I had timed out how much extra time was added to my completion of the game when using fatalities, and figured the spectacle wasn’t worth it if I just wanted to beat the game as fast as possible. I remember telling this to my dad ahead of time, and having him be impressed with my strategy for winning… regardless of the fact that it was just a terrible fighting game with violent, digitized dinosaurs. 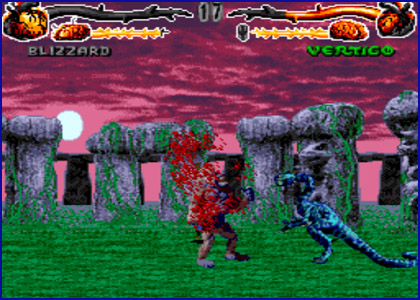 From what I remember, I ended up losing one match during my playthrough (and therefore had to continue the one time). This is probably what cost me the win, since by the time I beat the game and called the number, I was informed that all slots had been awarded. My little 13-year-old heart was broken!

I was able to track down an official press release from Time Warner and Sega about the contest. It sounds like it was quite successful for them, and led to other initiatives and experiments in what little time the Sega Channel was around (I definitely remember playing that special Earthworm Jim 2 demo earlier than its home release).

MILIPITAS, Calif.–(BUSINESS WIRE)–Sept. 11, 1995–The numbers are in for the Primal Rage(TM) “Show Down” Promotion on Sega Channel(SM/TM) which Time Warner Interactive (TWi) announced today.

Estimates indicate that an overwhelming 24% of the Sega Channel subscriber base participated in the event. An exclusive advance opportunity to play a limited version of TWi’s hotly anticipated coin-op translation, Primal Rage, was offered on Sega Channel from Aug. 1 through Aug. 24. The activities built as Primal Rage Day approached on Aug. 25 and a full version of the Sega Genesis(TM) game was available over the Channel for 24 hours. The culminating event was the Primal Rage contest on Aug. 26 in which a special version of the game could be accessed by Sega Channel subscribers for a chance to play and win prizes.

Tens of thousands of Sega Channel subscribers completed the game. The company estimates that an additional 15-20% played the game and didn’t get all the way through to the hidden 800 number and special code. “These are terrific numbers and indicate a real enthusiasm for the game and the contest we were able to develop,” commented Michael Shorrock, vice president of programming for Sega Channel. The overwhelming participation built on Sega Channel’s successful game promotion with EA SPORTS Triple Play ’96, in which over 10,000 customers participated. Sega Channel plans more major promotions with hit videogames for this Fall, including Earthworm Jim 2 from Playmates Interactive Entertainment Inc., as well as other action and sports titles.

TWi shipped over one million initial units of Primal Rage for release worldwide on Aug. 25. Mark Beaumont, senior vice president of marketing and product development, reports, that, “We are extremely pleased with early sales figures from around the country. Our international offices report solid sell-through as well. We’re certain we have one of the top selling videogames of the year.”

Primal Rage is a head-to-head fighting game with an original look that features seven fantasy, pre-historic characters in a battle for supremacy. The first wave of product was released on Aug. 25 for Sega Genesis, Super Nintendo Entertainment System(R), Sega Game Gear(TM), Nintendo(R) Game Boy(TM) and PC-CD-ROM systems. November 14 is the date for the second wave of software on new gaming systems including the Sega Saturn(TM), Sega 32X(TM), 3DO(R), Sony(R) Playstation(TM) and Atari(R) Jaguar(TM), as well as the Macintosh(R) CD-ROM.

Sega Channel, which began its national rollout in December 1994, was developed by Sega of America Inc., Tele-Communications Inc. and Time Warner Entertainment Co. L.P. and is the industry’s first interactive service, providing videogames on demand, 24 hours a day. Sega Channel subscribers can choose from a wide selection of popular Sega Genesis games such as Comix Zone and Primal Rage, special versions of soon-to-be-released titles, gameplay tips, news, contests and promotions. Sega Channel is priced in the range of most premium subscription services. The programming is updated monthly.

So how about you all? Did any others of you actually have the Sega Channel where you lived back in 1995? Was it as awesome as I remember it being? Did you participate in any contests? Or, if you’re one of our younger readers/listeners… does this sound like the lamest, most antiquated thing you’ve ever heard of and can’t even begin to understand how or why this would be exciting to us?

And have any other of you actually played Primal Rage? It was pretty terrible. Even though the arcade version had much larger sprites, it didn’t help the game much.

It hit the European Virtual Console last Friday or so, and today we got it for ourselves! Shining Force II is a game that I probably shouldn’t have a whole lot of familiarity with. As … [continue reading]