Every so often I like to just kick back and read through all of the various boxes and instruction books for my old, Japanese DragonBall video games. I happened to be scanning through the Super Famicom stuff this morning when I re-discovered the fantastic, not-entirely-“Engrish” splash text on one of the most acclaimed games for the generation, Sûpâ Saiya Densetsu (“Legend of the Super Saiyan“). 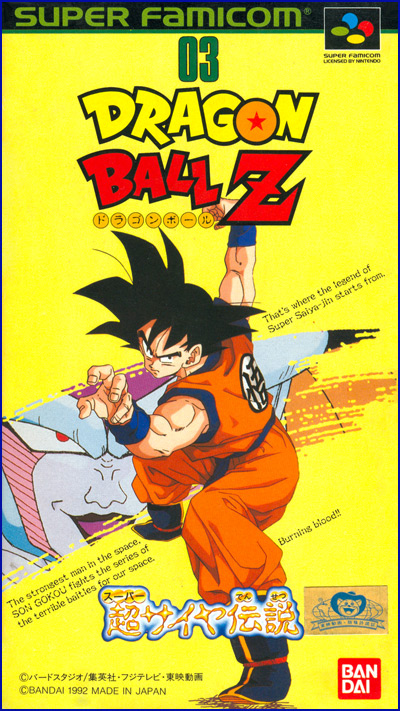 One of the things that I love about the box is its use of “Super Saiya-jin” rather than the standard (even for Japan) “Super Saiyan“. Pronunciation issues and differences aside, “Saiyan” has almost always been the de facto standard for Japan’s own romanization of the term, so it is a little shocking to see an outlier like this.

More than anything, though, the splash text as a whole just reeks with dramatic awesomeness, and at least one fantastic mis-spelling. Can you spot it?

The strongest man in the space. SON GOKOU fights the series of the terrible baitles for our space. That’s where the legend of the Super Saiya-jin starts from. Burning blood!!

What more is there to say? I have a bunch more examples like this to share… just gotta remind me every so often, folks!

So late last month I wrote something called “The Great Canonical Debate” (it was pretty good; you should go read it). I wanted to include some type of moderately-snarky image of some type of god … [continue reading]