Daizenshuu EX has been around in some capacity (whether it was named that or not!) since January 1998. Yeah, in internet years, we’ve been around for eons. Once it began to receive any kind of traffic and notoriety, you can reasonably assume that we started to receive the kind of both loyalist- and oppositional-styled comments that anything with any type of popularity receives. And we did. I actually very vividly remember someone back in 1998 claiming that we “stole” all of their DragonBall GT: Final Bout sound samples for our site. There was no basis for that accusation, of course, but it was a telling sign of things to come.

Fast forward to 2009. The site is eleven years old, and even the podcast is coming up on its fourth anniversary. The types of and volume of comments we have received over the years remains astonishing to me. No matter how much I see, though, I am continuously flabbergasted by some of the complaints people seemingly pull out of thin air.

One particular commenter on an outside forum took issue with our reference to FUNimation’s DragonBall Z season box sets released from February 2007 to May 2009 (you know, the faux-“remastered” box sets) as “orange bricks”.

Thankfully, our buddy Jacob put in his two-cents on the matter, but… seriously?

It was another clear example of someone wrongfully assuming something about us based on their own, personal, complete misunderstanding. Who knows? Maybe they purchased all of the season sets and somehow feel wronged by the upcoming Dragon Box sets. Maybe our reiterations, with each subsequent release, of the boxsets’ problems somehow made them feel “stupid” for falling into the trap. Perhaps they take issue with our dislike and overall-non-discussion of FUNimation’s English dub, and decided to aim their frustration at another topic. For whatever reason, this individual decided that we were using “orange brick” pejoratively, it was “asinine”, and it was an “insult”.

News flash, internet: that style of DVD packaging is referred to as a “brick”. Also, the sets happen to be orange. “Orange Bricks”. Genius, isn’t it? 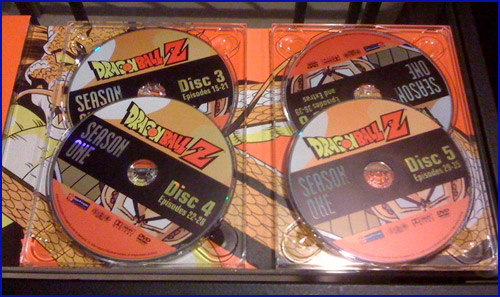 See how the inside packaging stacks the discs on top of each other? See how the packaging folds over top itself for easy storage? When you stack things over top of each other and place them all next to each other, you can pretty easily see where the “brick” description came from. We don’t call “steelbooks” as such because they are super strong and read great literature to us; we call them that because they open up (like a book) and are metal-styled containers (like steel). Welcome to the world of various styles of DVD packaging. 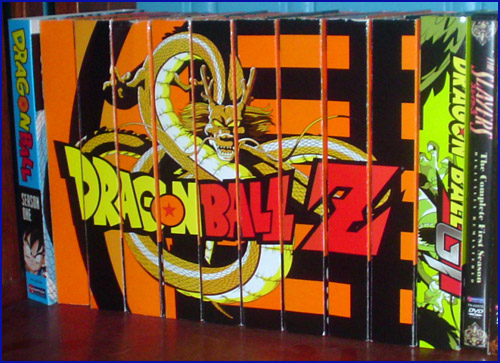 It’s cases like this where I wonder what the actual issue is. The person decided to harp on us for something, and rather than a legitimate reason, they made one up. Sure, it may have been legitimate in their own head for a short period of time, but I can’t imagine hearing the phrase “orange brick” is what first made them run furiously to their keyboard to type up a mean post about the poopie-head website they disliked.

Funny how no-one has a problem with the phrase “blue brick” in reference to the new DragonBall TV series “season” sets. If anything, it proves that FUNimation once again made a fanbase-fracturing decision to go with that format (cropped, DVNRed to death, etc.) for Z, and even legitimate descriptions of their products cause undue shenanigans across the internet. 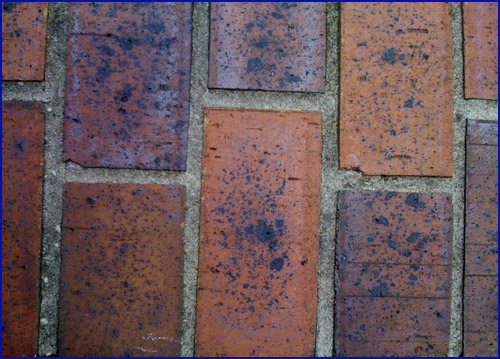 We can’t please everyone. We know that. That’s the real issue that I’m writing about, I guess… if you have a problem, say what it is. Don’t hide behind some newly-made-up argument. Come out and say what’s on your mind, back it up, and be a man (or woman!) about it.

Preferably, above all else, actually know what you’re talking about before you criticize someone.

I almost make it out to be that there are thousands of people running around the internet shit-talking Daizenshuu EX, which I hardly doubt is the case. All the nice little e-mails and comments we get are fantastic, but they just don’t give me anything to write about! 😀

And yes, I just wrote a blog entry legitimately using the phrase “poopie-head”.

“Daizenshuu EX” In The Media

OK, so “media” is somewhat laughable when you consider the source this is coming out of, but let’s be honest… seeing your site mentioned in print, no matter what that print form may be, is … [continue reading]